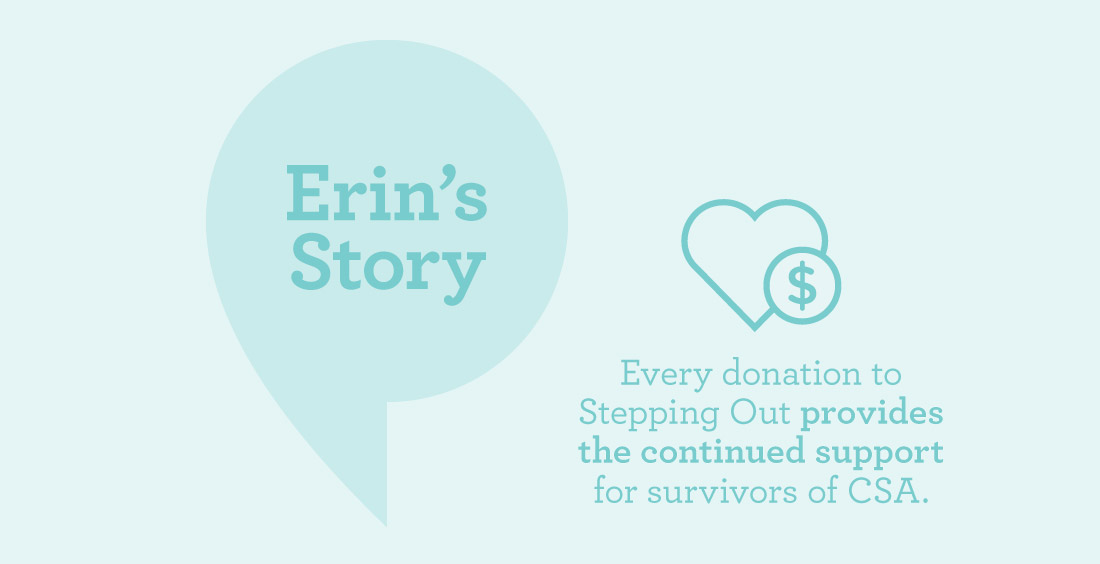 Erin is a 43-year-old woman who lives with her 14-year-old daughter. She was referred to Stepping Out by her local doctor for support with housing. They were living in a sub-standard, privately head leased property in the Sydney area. After 5 years the property was close to being uninhabitable with chronic mould throughout the house. Amateur repairs by the landlord also led to several dangerous situations involving electricity. An application for a transfer had been lodged some time ago, but it didn’t appear to be going anywhere.
Erin is a survivor of CSA and has multiple chronic mental and physical health issues. At the time of referral Erin’s mobility problems had forced her to walk with a cane. Her chronic hoarding had also made it very difficult navigate the house.
When Erin and her daughter first met with Stepping Out staff, there was a lot of mistrust. They had been promised a solution by numerous Government staff members and had always been let down. Dealing with the landlord was difficult, as he wouldn’t respond to calls and letters. When repairs were carried out, they were done quickly and superficially. Our first job was to build a relationship with them and work alongside them for a positive outcome.
Regular meetings were set up to create an audit of all outstanding repairs. We were then able to liaise directly with Government on Erin’s behalf. She gave us permission to act as her advocate, as she found any contact highly stressful and triggered her trauma. At the same time, Stepping Out reached out to Erin’s other supports to create a community of care around her. Our Case Manager met with each worker and ensured that they were kept up to date with progress being made.
Constant monitoring of repairs and liaison with the Government Client Service Officer, ensured that they were timely and done well. While some issues such as mould were harder to tackle, repairs to light fittings and electrical sockets meant that Erin and her daughter could use them without fear of electrocution.
Our Case Manager then set about gathering evidence from clinical supports to escalate Erin’s transfer application. It was becoming evident that the longer she lived with uncertainty about their long-term house, the worse the impact on her health became. Erin was hospitalised twice for irregular heartbeats, causing deep anxiety and stress for her daughter who had to live with family friends.
We were able to increase the rental amount Government was prepared to pay, which opened up mor opportunities for better properties with more suitable facilities. A meeting with Government, Erin and her SO case manager resulted in a commitment by Government to pay for removal of clutter in the house, move Erin and her daughter to their new home, cover the cost of the connection of any utilities and pest control. A great result.
While waiting for a new offer, Erin and her case manager were able to declutter the property, something that would normally affect Erin’s anxiety. The support network around her gave her the confidence and strength to look ahead and not stay in the present.
Erin’s parenting has improved over the last 12 months too. With support around her and the burden of living in sub-standing housing lifted, Erin now has time and emotional energy to devote to her daughter. While Erin has always been a ‘hands-on’ mum and actively involved with the special school her daughter attends, she now has time to enjoy her daughter and have fun with her.